8 Busted CFA Exam Myths That You May Still Believe In

How much do you really know about the CFA prep process? Are you doing things right?

I was in NYC recently, which has the largest pool of CFA candidates in the world. The discussions I had there were fascinating. It was great to get stories on candidates in NYC and how their approaches were compared to other parts of the world. One part that stood out in particular was the realization (on my part) that there is a deluge of myths and misconceptions around the CFA exams, most prevalently with first-time takers.

And as many Level I candidates are also first-timers, here’s a handy list of some of the popular tales around CFA – and what the real picture is.

#1. This other guy passed the exams with only 2 weeks of prep – his plan is awesome and super-effective! I should use that.

In university I had an economics class with a big, jolly Australian lecturer, and he was a huge fan of pointing out correlation does not imply causation. He would pace back and forth in front of the hall and whack the board during his lectures with his wooden pointer (yes, I’m that old), yelling “but REMEMBER, just because two things are correlated, doesn’t mean that one caused the other!”

Same thing here. Just because someone passed with 2 weeks prep doesn’t mean that it was the study plan that was awesome and caused the pass.

It could be that the candidate already had a load of background knowledge from university or work experience. But most importantly, quite often is that some candidates get lucky. CFA topics aren’t weighted the same every single time. If 1,000 candidates were to all study last minute, there will be a few that by sheer luck, covered the right topics that were tested in the exam, and produced enough knowledge to scrape a pass. It does NOT mean their method was awesome and therefore recommended.

Structure your study plan and allocate your time according to your own learning style and other commitments. Last minute plans will always be risky and are not worth it.

Yeah…that’s not gonna to happen.

Every year there’s theories put forth everywhere on topics that are going to be tested. Topics that are definitely not showing. FRA is going to be light this year. GIPS is not getting tested. Ethics will always be featured in 15 questions.

There are no rules when it comes to setting topics. Anything from the CFA Institute syllabus can be tested, and there’re no ‘sure things’. Take it from us, who’ve had over 20 exams worth of experience between us, and the collective advice of instructors that we’ve spoken to.

Confession time: I did have my own theory in Level III, where I was absolutely convinced that a particular topic was going to be tested – it was featured in a whole item set for all the past papers. By the way, in case you didn’t know, Level III past papers are available from CFA Institute (login required). Approaching the exam I dedicated half a day purely to cover this topic, and knew almost everything by heart.

Guess what? It wasn’t tested. I still haven’t forgiven CFA Institute for that.

Nothing is sacred in CFA exam topics – you’d better believe it.

#3. I heard a lot of candidates don’t actually show up – so that’s why the pass rate is so low.

The pass rate does not incorporate no-shows. Yes, more than half of the candidates that show up end up failing the exam. It’s not the no-show number that’s responsible for the low pass rate.

From the CFA Institute FAQ section:

Q: Do the pass/fail numbers published by CFA Institute include all the registered candidates or just the ones who took the exam?

A: The published pass rates include only those candidates who actually took the exams. The numbers do not include no-show candidates or those who withdrew.

#4. Provider X is the secret. As long as I get their set and study from them I will pass for sure.

This is generally complete rubbish. We do think that 3rd party prep providers offer a lot more formats (and thus flexibility) to suit candidates’ individual tastes. So on the whole getting 3rd party providers’ material is a good idea. You can read all our reviews of third party providers here.

But there is no deus ex machina – no magic bullet. It should be obvious to you, having sat through so many exams already before the CFA – there is no such thing as a guaranteed pass! We shouldn’t even need to tell you this.

Materials from providers are tools. The drive and effort will always have to come from you, so get fired up and hit the books!

#5. The CFA Institute material is the best to study with – after all, they’re from the people who set the exam.

Put simply, for anything regarding the CFA exams, there is no single solution for anything that can be objectively regarded as ‘best’ or ‘guaranteed’.

Yes, the CFA Institute material defines exactly what can be tested in the exam. But quite often, candidates may not find the format of delivery (e.g. the style of writing and presentation of the textbooks) particularly palatable.

If that’s a problem for you, then it may not make sense to insist on CFA Institute material ‘because they are the best’.

A friend in corporate finance here in London went through the exact same process – she was convinced that the CFA Institute material was the best to learn from and used it exclusively, and stubbornly refused to look at anything else. The material didn’t suit her learning style – it took her ages to go through each section. Approaching exam time, she only was halfway through the material and ended up not-showing up for the exams.

#6. The CFA Institute material is rubbish and too dry – it’s completely useless.

On the other hand, don’t necessarily discount the CFA materials entirely. In a recent poll, nearly 40% of our readers indicated that they barely use the CFA materials – in fact nearly 20% said they don’t even touch them!

The CFA materials are great for certain things – in particular the Ethics section, the end-of-chapter (EOC) questions, and you should use them to clarify concepts that you’re not sure about or need some conflicting opinions resolved.

You already have the books, get some use out of them.

#7. The best way to absorb all this material is through format X (paper notes/ apps/ laptop/ videos/ classes).

I personally reacted best to hardcopy study notes – I would crank out the hours in a quiet corner with nothing but just my books. I didn’t like laptops because they would be too distracting (hello Facebook) although the internet was crucial to zoning in on unfamiliar concepts.

On the other hand, my study partner thrived on the laptop – video lectures and question banks all the way. It really depends on how well you respond to the variety of formats out there. What has worked well in the past in other exams will probably be great for the CFA exams.

#8. I have a job / new baby / pet gerbil. I don’t have time to really have a chance to pass or properly take the exam.

It’s tough balancing a hectic lifestyle with a demanding set of exams. But really, not only is it possible, but most candidates are in similar situations – they’re all mostly working hard, have families, and a near-full weekly schedule. It’s not a put-down on your situation – we just want to point out that it’s definitely possible.

You want to hear some really extreme cases? Nina de Martinis-Majstorovic from Paris passed even after her house burned down. And if this candidate can study and pass in the middle of the 2008 Lebanese conflict, you’ll survive. 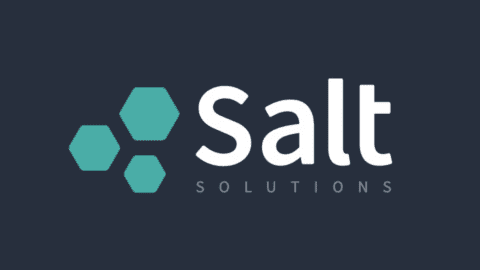