Thinking About CFA Level I Dec? Here’s What You Need to Know 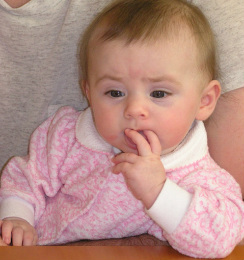 One of the most popular questions by December CFA Level I takers is “Do I have enough time to take the December Level I exam?“

That’s a fair question, and it’s great that these candidates are sensible enough to think about it (after all, there is a lag of one year between levels so seems reasonable to assume one needs a full year to prepare). Many also do not have significant financial knowledge or experience so there is an element of uncertainty there.

We can sympathize – when I signed up for Level I my awareness of finance were the buzzwords my fresh-grad investment banker friends were throwing about, having just used them in their interviews with Goldman Sachs et al. Having been through the gauntlet, I can share what are the main things you should be aware of.

Honestly speaking, you should aim to start 4 months before your exam, at the very least. 300 hours is approximately what you should aim for, and in 4 months you should have enough time to squeeze this in. Even if you’re not clued up in finance. Trust me, as long as you put in the hours and effort and have a decent head on your shoulders, you should have nothing to worry about.

For Level I, that is. Another problem is Level II next year should you pass Level I in December.

The Level I exam is somewhat a tamer version compared to Levels II and III. That’s not to say that the Level I should be underestimated – quite the opposite especially if you have no prior financial knowledge. But if you’re taking the December Level I exams that leaves you exactly 6 months before the June Level II exams next year. Which, I assume, is the main reason you’re taking December exams in the first place – to catch the Level II train the following year.

Now that can be a challenge, passing Level II directly after December Level I. I’m not saying that can’t be done – I’ve known loads of people who’ve done it. One of my study mates blazed coolly through Dec Level I and June Level II like they were standing still – but she was a crack Economics graduate from Cambridge, was an investment banker in Merrill Lynch and ate accounting for breakfast. For a finance newbie the situation might be a little more challenging.

So if you’re contemplating December Level I – half a year to prep is fine. Put in the hours and you’ll get through OK. It’s Level II you have to watch out for – keep these things in mind:

Hopefully I’ve not scared you off and you’re still reading – having said that there is no reason why you shouldn’t attempt December exams at this stage:

Kudos for deciding to take the CFA challenge, and I admire your ambition to push forth as quickly as possible. I’ll see you on the other side!

2 thoughts on “Thinking About CFA Level I Dec? Here’s What You Need to Know”