Current or potential FRM candidates often wonder what are the FRM exam pass rates like, in order to have a sense of difficulty of the exams. This is also a common question we get asked when our readers compare between CFA vs. FRM.

The short answer? FRM exams are tough, but doable with a proper study plan.

In this article, we try to approach this question on exam difficulty objectively, with historical FRM pass rates and third party benchmarking studies in order to help you decide whether FRM exams suits you.

As one would expect, the average pass rates increases as one progresses throughout the Part 1 to Part 2. Since 2010, the historical FRM exam pass rates for:

Interestingly, pass rates for FRM Part 1 and Part 2 seems to be on an upwards trend since 2018, coinciding with the growth in FRM candidate registrations. It would be interesting to see how FRM exams’ pass rates develop with the new CBT exams going forward.

Interestingly, unlike CFA exams, the pandemic didn’t have a noticeable improvement in FRM pass rates for the October and November 2020 exams.

However, this may be due to a smaller sample size, or that FRM candidates simply required a shorter study time (200-240 hours part Part on average) and therefore the early announcement of exam postponements didn’t have a material effect as candidates simply postponed their studies till later.

Interestingly, similar to CFA exams’ trend, FRM Part 2 results for Oct20 and Nov20 recorded one of the highest pass rates at 62% and 59% respectively.

How Hard Is FRM, Really?

OK we have seen all the historical trends in FRM exam pass rates, but that still doesn’t really tell us how difficult these exams are.

According to UK NARIC, the FRM exams have been benchmarked under UK Regulated Qualifications Framework (RQF), with its difficulty comparable to a Master’s degree (Level 7 qualification under RQF).

Considering that RQF Level 8 implies a difficulty equivalent to PhD programs, passing FRM Part 2 has been ranked equally difficult as passing all 3 levels of the CFA exams.

Although some would argue that CFA has 3 levels, whilst FRM has 2 parts, with less total study hours required overall, therefore CFA exams are tougher.

We are not here to debate that, but to give you a sense of FRM exam’s difficulty from a content perspective 🙂

Hope you found the pass rates data above useful!

Meanwhile, here are some related articles that may be of interest: 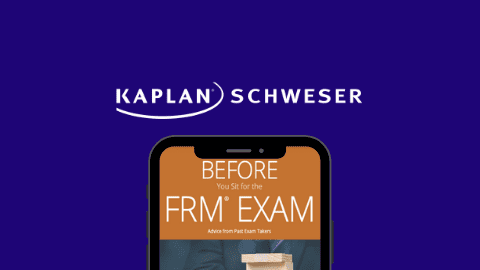 Free eBook
Considering FRM? Get This Free eBook
Kaplan Schweser
How can the FRM help your career? Hear directly from successful FRM professionals about what it takes to pass the exam and succeed in the risk management field. Read their insights in this free eBook.
Activate Offer