Useful Sleep Facts: Here’s All You Need To Know

Sleep is so crucial to our overall wellbeing, yet most of us don’t get enough of it. When balancing exam preparation with a full-time job, it’s tempting to cut on sleep hours in a bid to “do more”. But this is counterproductive in the long term.

With so much conflicting information out there on sleep, here’s a no-nonsense, researched-backed summary of sleep facts you need to know to invest in your wellbeing.

It’s worth spending some time understanding sleep, since we spend (hopefully) around 1/3 of our lives doing it!

There are basically 2 main factors that regulate sleep naturally:

However, there are so many external factors that can disrupt the natural circadian rhythm and sleep drive. Here are some examples:

[There are 2 types of sleep: REM (rapid eye movement) sleep and non-REM sleep.

When we fall asleep, our body temperature drops, brain activity, heart rate and breathing slows down too. We then go through various sleep stages of varying lengths.]

Why is sleep important?

Sleep is crucial for our overall wellbeing.

It ensures the proper functioning of nearly all the systems in the human body, ranging from physical and mental development, immune system, metabolism, cardiovascular health, brain functions, general mood and more.

To put it simply, investing your time in getting sufficient, good quality sleep is the best long term investment in your overall health.

Looking at this on the flip side, the importance of sleep can be seen when we examine the symptoms and effects of sleep deprivation in the following sections.

[In humans, sleep appears to be critical to both physical and mental development10 in babies, children, and young adults. In adults, a lack of sleep has been associated with a wide range of negative health consequences including cardiovascular problems11, a weakened immune system12, higher risk of obesity and type II diabetes13, impaired thinking and memory, and mental health problems like depression and anxiety.

Not getting enough sleep or enough quality sleep raises your risk for heart and respiratory problems and affects your metabolism and ability to think clearly and focus on tasks.

Getting inadequate sleep over time can raise your risk for chronic (long-term) health problems. It can also affect how well you think, react, work, learn, and get along with others.]

Here are the typical signs of sleep deprivation to look out for:

The effects of sleep deprivation are well researched and documented, for example:

How much sleep do adults need?

OK, so to avoid sleep deprivation, how many hours of sleep should we aim for?

The general consensus here is that adults on average need 7-9 hours of sleep, depending on your age.

For those 38 years and older, research has shown that 7 hours of sleep consistently is ideal, no more, no less.

For the rest, 8 hours of sleep is ideal as there isn’t any significant benefit of increasing sleep to 9 hours.

To support the statements above, let’s take a deep dive into a few interesting deprivation studies.

In their study that took place over 1998-2002, David Dinges and Hans Van Dongen assigned their 48 subjects aged 21-38 into 3 different groups that had 4, 6 and 8 hours (control group) of daily sleep respectively for 2 weeks.

Every 2 hours during the day, the researchers tested the subjects’ ability to sustain attention with what’s known as the psychomotor vigilance task (PVT), considered a gold standard of sleepiness measures. It’s a simple test that measures the subject’s level of sustained attention through the amount of response delay.

Here’s what they found:

OK, what we have learned so far is that 8 hours of quality sleep is good, but 6 hours or less is insufficient for proper functioning.

So, is there an optimal level of sleep?

Luckily for us, Dinges’ study was supplemented by his colleague Gregory Belenky, who ran a similar study with 66 subjects aged 24-62 sleeping 3, 5, 7 and 9 hours daily.

Belenky’s study found that the 9-hour-sleepers performed similarly to the 8 hour ones, yet the 7-hour-sleepers showed continuous decline in PVT performance for 3 days, before stabilising at lower levels than when they started.

With most of us sleeping an average of 7 hours, it seems that we are not as sharp as we could.​

However, the 2 studies above have a relatively small sample size with a broad range of age group, which may not have fully considered the impact of sleep needs as we age.

In one of the largest sleep study done by University of Cambridge and Fudan University which examined nearly 500,000 adults aged 38-73 years old, researchers found that 7 hours of sleep consistently is ideal for ‘middle and old age’, i.e. 38 years and above. Any more or less sleep than that is associated with poorer mental health and cognitive performance.

Can we learn to sleep less?

Apparently not, according to Dinges’ study – it’s genetics.

In Dinges’ and Van Dongen’s study: after just a few days, the 4 and 6 hour sleepers reported that they were slightly sleepy, but were adamant they had adjusted to their new state.

Even 14 days into the study, they said sleepiness was not affecting them, when in fact, their PVT performance had tanked.

This leads us to conclude that the sleep-deprived among us are lousy judges of our own sleep needs.

So what about Einstein or Edison, I hear you ask?

Albert Einstein acknowledged his need of 10 hour sleep for optimum performance whilst Thomas Edison believed that it was a waste of time, survived mostly on frequent naps.

According to the studies, these examples seem to be the extremes. Less than 5% people can maintain performance on 5 hours or less of sleep genetically, whilst another 5% or less require 9 or 10 hours.

Can you catch up on sleep debt?

Sleeping less will accumulate on you, eventually.

“You don’t see it [being sleep deprived] the first day. But you do in 5-7 days. Unless you’re doing work that doesn’t require much thought, you are trading time awake at the expense of performance.”

Given the negative effects of sleep deprivation, it makes sense to take action now to catch up on sleep debt.

The good news is that you can catch up with sleep, if it is acute sleep debt, just by catching up on the extra sleep you missed. Even so, reversing acute sleep debt doesn’t happen overnight as it can take over a week to fully recover from it. We will look on how to catch on sleep properly in the next section for a better rate of recovery.

How to cure sleep deprivation

If you’re still experiencing daytime sleepiness or difficulty sleeping, first port of call is to speak to your doctor to see if there are any other underlying conditions contributing to this.

Otherwise, if there are no underlying medical condition, check out our comprehensive guide on how to sleep better to establish a better sleep hygiene and bedtime routine.

It’s important to be patient and give it time for your new routine to show results, since it takes more than 1 week to reverse the effects of a 1 hour acute sleep debt anyway.

While napping helps in the short term, it doesn’t provide the long term restorative benefits of nighttime sleep, so it is just a temporary measure that pushes the problem further down the road.

As mentioned earlier, those who are sleep deprived do adjust to their state chronic sleep restriction, without realising that their cognitive, physical and mental health performance have declined.

Some may think sleeping excessively on a weekend may help, but only a consistent daily bedtime routine would help in the long term as it doesn’t upset your body’s circadian rhythm.

If you can, it’s best to avoid the problem of sleep deprivation to begin with, and prioritize your health and wellbeing by prioritizing sleep. The actual payback period to reverse its negative impacts (if it is possible at all) takes significant longer than one expects.

Hope you found the research-backed sleep facts above useful! This is one of a two-part series on sleep. The other part details how to improve your current sleep patterns for better quality sleep that you need. Let us know what you think in the comments below!

2 thoughts on “Useful Sleep Facts: Here’s All You Need To Know” 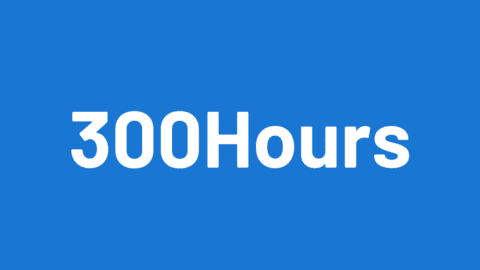 Free CFA Guides
3H Guides to CFA Exams
300Hours
Are you a CFA candidate? Our ultimate CFA guides will help you best prepare for the challenging exams.

Yes, they are all free! Get them now.
Activate Offer 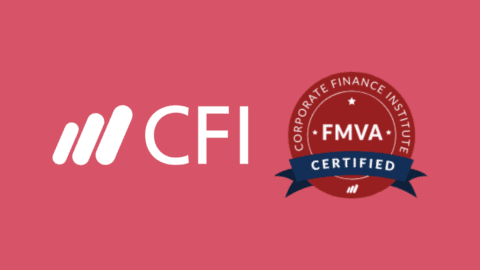