Sleep Deprivation: Here’s What Research Says You Need To Know

Look at yourself in the mirror now.

Chances are, you have little dark circles or a hint of eye bags beneath your eyes. That’s a symptom for minor sleep deprivation.

In balancing your exam preparation and full-time job, it’s tempting to cut on sleep hours in a bid to ‘do more’. Sure, you might feel a great sense of achievement in the short run with a few cups of coffee. But it will catch up and knock you out with a gusto.

Here’s some interesting facts about sleep deprivations and its causes, how much sleep do we really need and what you can learn from it to make sure it doesn’t negatively impact your life.

Sleep deprivation is not a badge of honour. It’s not something to be proud of, though I’ve seen examples of this at work years ago.

There’s only 2 possibilities to this: either your boss is unreasonably demanding, or you’re unproductive and not working at your full potential.

Lack of productivity is further compounded by sleep deprivation itself, a dangerous starting point for a vicious downward spiral of your existence.

The effects of sleep deprivation are well researched and documented, so I’ll just summarize them here:

In their study that took place over 1998-2002, David Dinges and Hans Van Dongen assigned their subjects into 3 different groups that had 4, 6 and 8 hours (control group) of daily sleep respectively for 2 weeks.

Every 2 hours during the day, the researchers tested the subjects’ ability to sustain attention with what’s known as the psychomotor vigilance task (PVT), considered a gold standard of sleepiness measures. It’s a simple test that measures the subject’s level of sustained attention through the amount of response delay.

Here’s what they found:

8 hours of sleep is optimal

What we have learned so far:

Luckily for us, Dinges’ study was supplemented by his colleague Gregory Belenky, who ran a similar study with subjects sleeping 3, 5, 7 and 9 hours daily.

He found that the 9-hour-sleepers performed similarly to the 8 hour ones, yet the 7-hour-sleepers showed continuous decline in PVT performance for 3 days, before stabilising at lower levels than when they started.

With most of us sleeping an average of 7 hours, it seems that we are not as sharp as we could.​

Sleeping less will accumulate on you, eventually

Speaking about sleep deprivation “counter measures” such as caffeine, bright lights etc, Belenky comments that: “You don’t see it the first day. But you do in 5-7 days. Unless you’re doing work that doesn’t require much thought, you are trading time awake at the expense of performance.”

What about Einstein or Edison?

But everyone is different, surely? What about Einstein vs. Edison?

Albert Einstein acknowledged his need of 10 hour sleep for optimum performance whilst Thomas Edison believed that it was a waste of time, survived mostly on frequent naps.

According to the studies, these examples seem to be the extremes. Less than 5% people can maintain performance on 5 hours or less of sleep genetically, whilst another 5% or less require 9 or 10 hours.

You can’t learn to sleep less

Can we train ourselves to be in the 5 hour group?

Apparently not, according to Dinges – it’s genetics. In Dinges’ and Van Dongen’s study: after just a few days, the 4 and 6 hour sleepers reported that they were slightly sleepy, but were adamant they had adjusted to their new state.

Even 14 days into the study, they said sleepiness was not affecting them, when in fact, their PVT performance had tanked.

This leads us to conclude that the sleep-deprived among us are lousy judges of our own sleep needs.

Key takeaways for your exam preparation

This is one of a two-part series on sleep. The other part details how to improve your current sleep patterns for better quality sleep that you need. Let us know what you think in the comments below!

2 thoughts on “Sleep Deprivation: Here’s What Research Says You Need To Know” 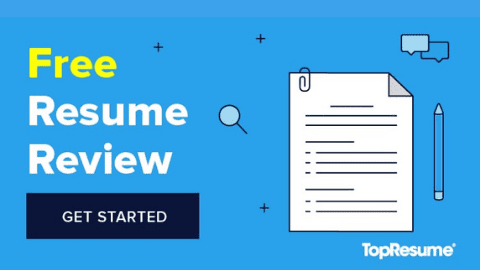 Free CV Review
Get a free resume review by experts
TopResume
Improve your job search now and invest in your future.

Just upload your resume to get a complimentary resume critique by an industry expert. Be 32% more hireable with a professionally written resume.
Activate Offer